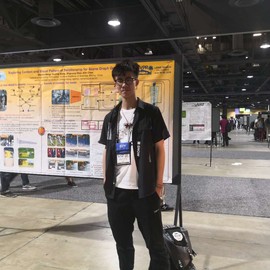 Kenneth Wong, namely Wenbin Wang (王文彬), is currently a final-year Ph.D. student in the Key Lab. of Intelligent Information Processing (IIP) at Institute of Computing Technology (ICT), Chinese Academy of Sciences (CAS) , advised by Prof. Xilin Chen and Prof. Ruiping Wang . His research interests include but not limited to 2D/3D scene understanding, object detection, scene graph generation, and image captioning. Before this, he received his B.Eng. degree in Computer Science and Technology as an undergraduate student of Nankai University (NKU, 2013 - 2017). 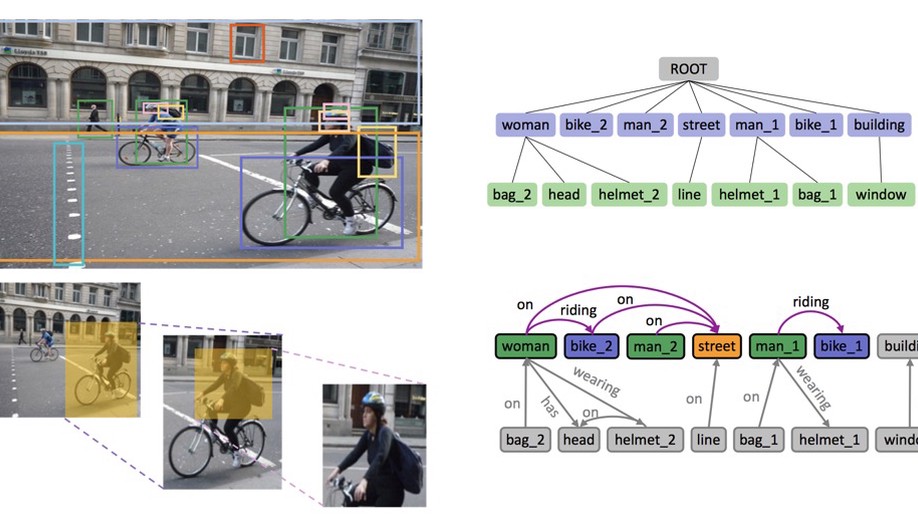 Scene graph aims to faithfully reveal humans’ perception of image content. When humans analyze a scene, they usually prefer to describe image gist ﬁrst, namely major objects and key relations in a scene graph, which contains essential image content. This humans’ inherent perceptive habit implies that there exists a hierarchical structure about humans’ preference during the scene parsing procedure. Therefore, we argue that a desirable scene graph should be also hierarchically constructed, and introduce a new scheme for modeling scene graph. 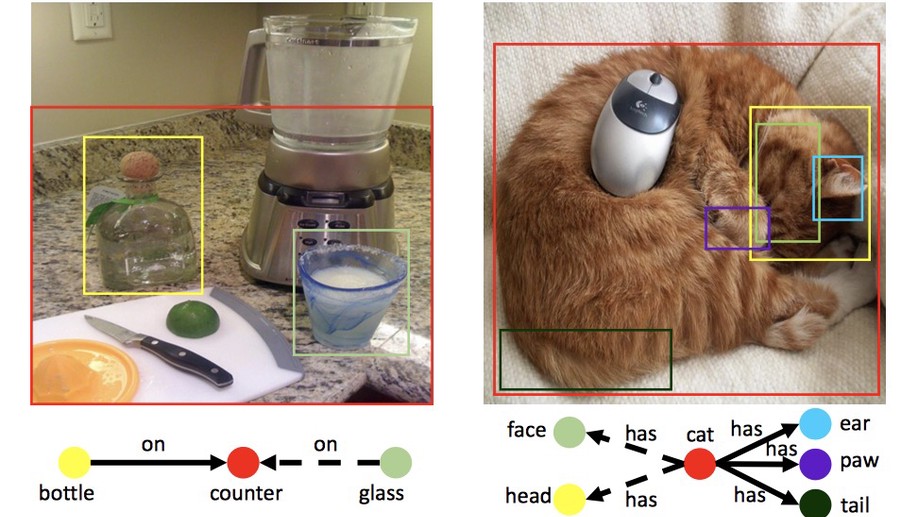 Relationship is the core of scene graph, but its prediction is far from satisfying because of its complex visual diversity. To alleviate this problem, we treat relationship as an abstract object, exploring not only significative visual pattern but contextual information for it, which are two key aspects when considering object recognition. Our observation on current datasets reveals that there exists intimate association among relationships. Therefore, inspired by the successful application of context to object-oriented tasks, we especially construct context for relationships where all of them are gathered so that the recognition could benefit from their association.